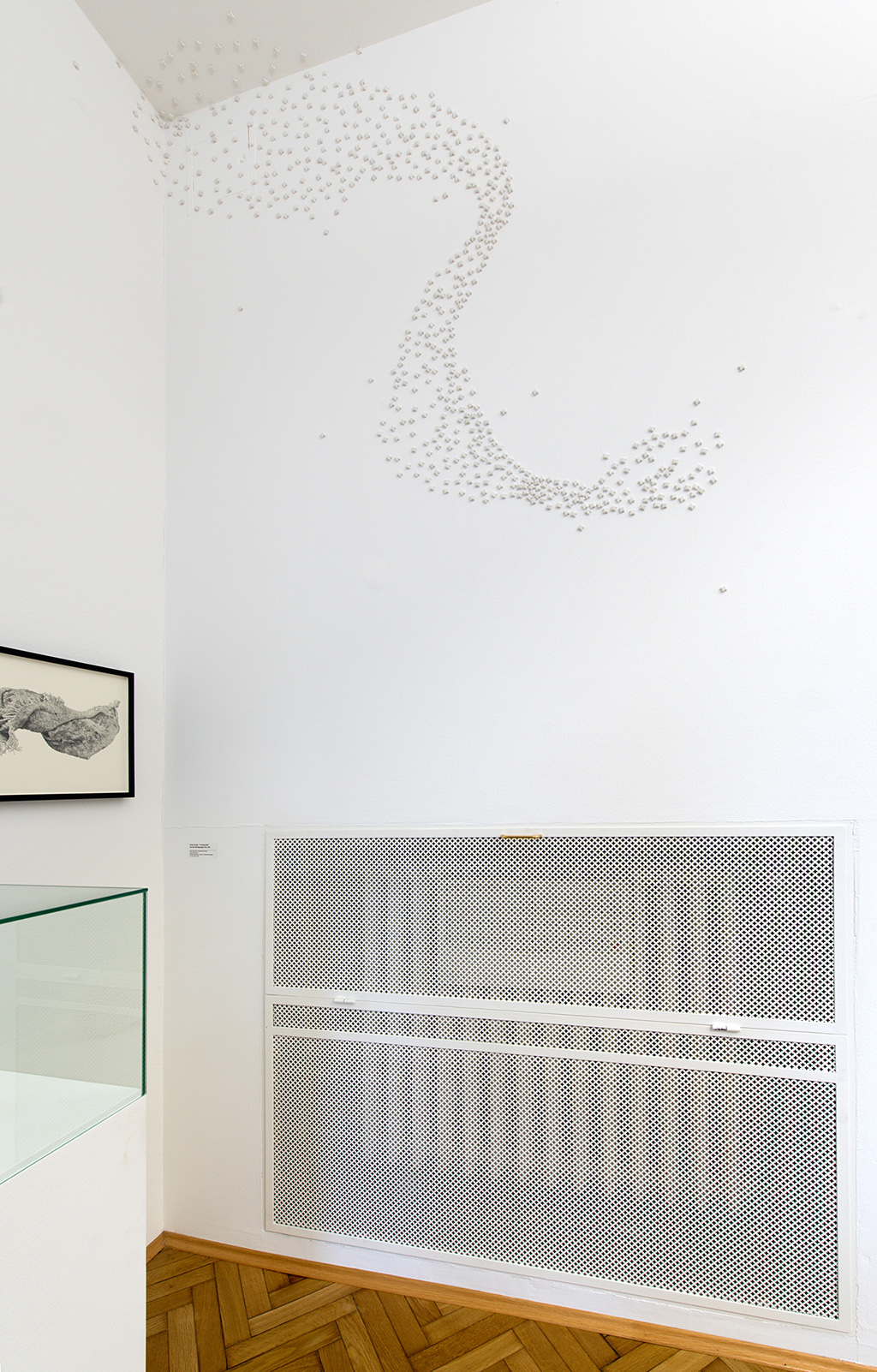 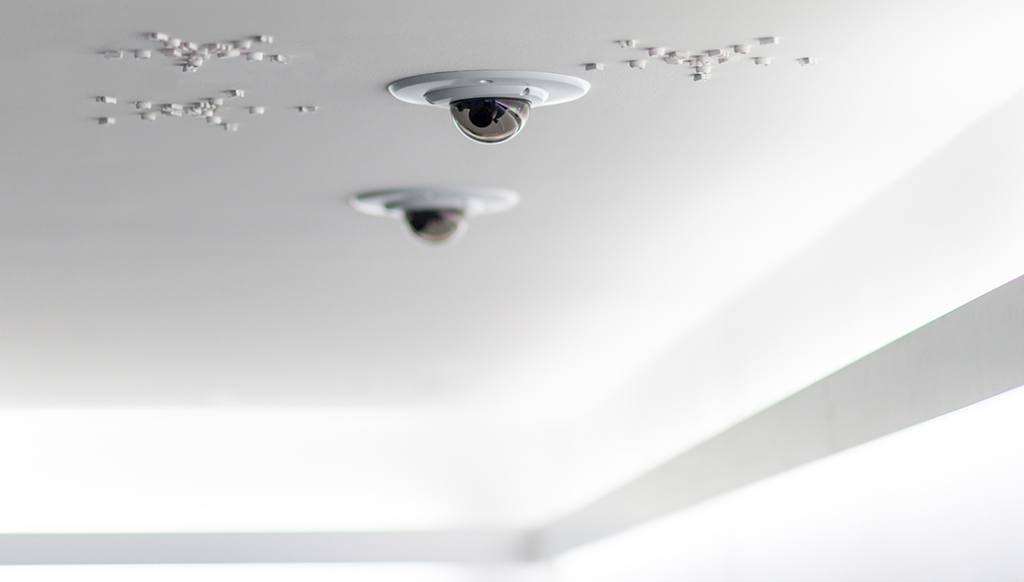 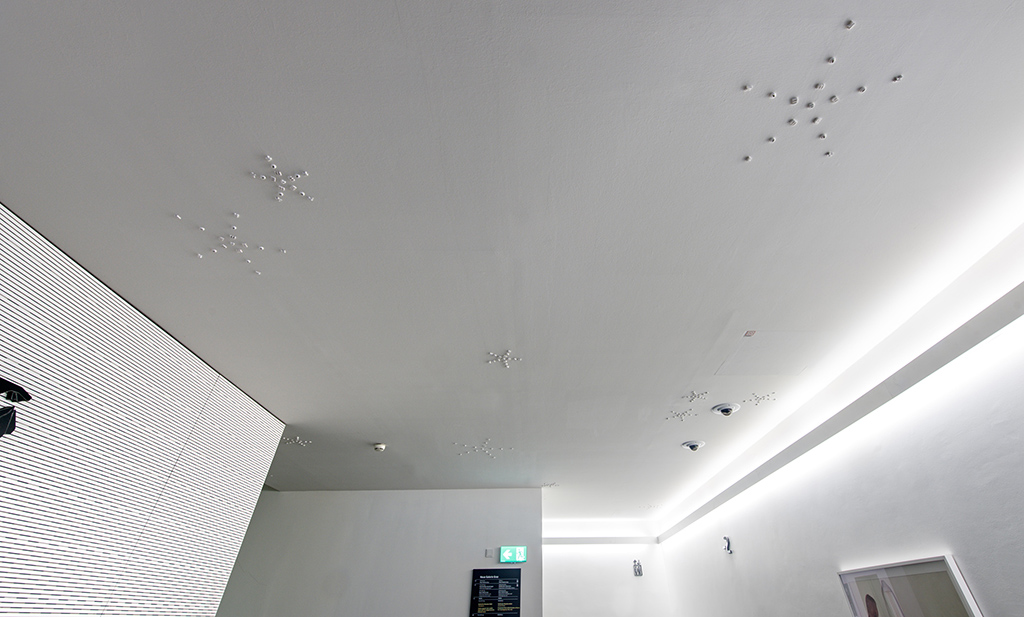 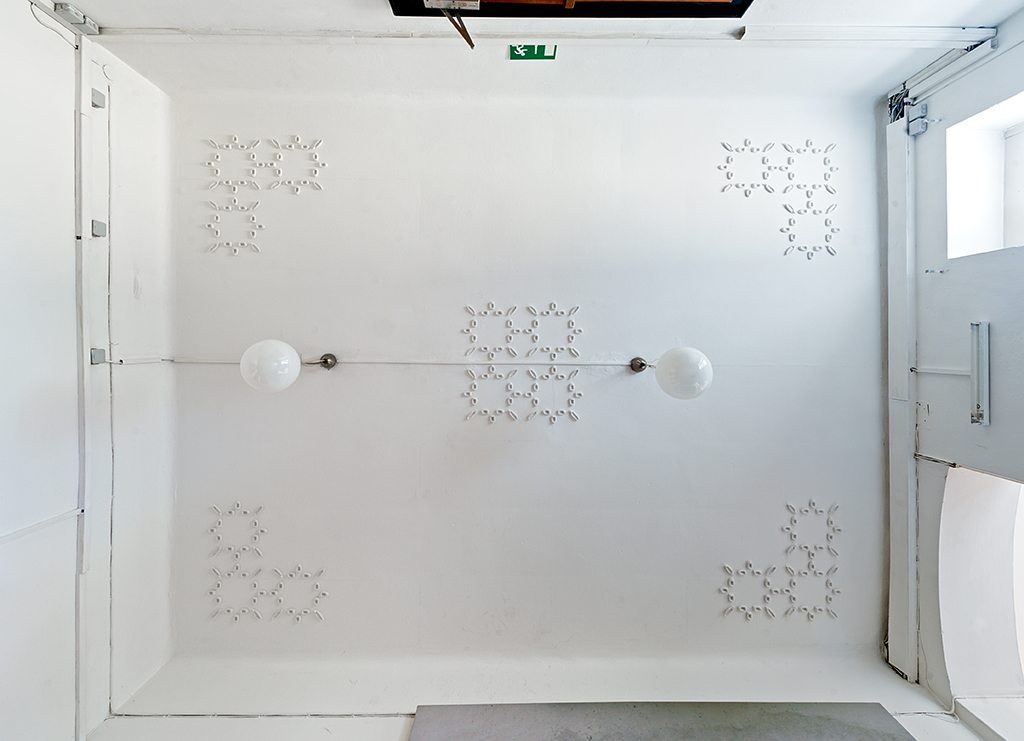 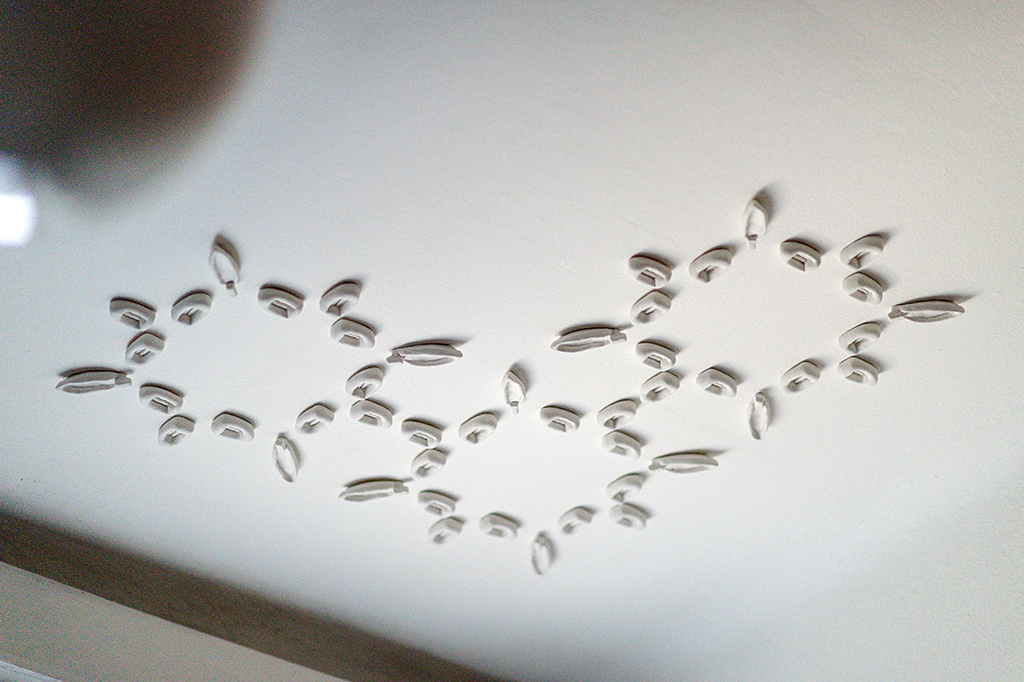 A formation, a restructuring, a new positioning, a poetically adapted arrangement upside down. Contemporary stucco has arrived at KIG.
Refugee boats that are floating on the high ceiling unobtrusively and ornamentally. Bang! Bang! kicks off a series of loud, powerful words.

This stucco series aims at sculpturally representing emotionally charged or flashy words such as e.g. “Bang! Bang!” in order to let them pictorially fade away. In this context, the dynamics of strong words is decontextualized in the form of pale and static curvatures on the wall. The “strong” word is frozen on the wall. It almost disappears. It can be grasped literally. The walls are water surfaces. Personal objects of daily use are partly submerged therein. They have all disappeared from their everyday lives or gone underground. …the one simply does not want to whisk the egg white till stiff anymore for a while, others cannot be found anymore with the best will in the world—and that’s maybe for the best. The objects prefer to drift anonymously in the >Dead Sea< for a while. We don’t know anymore which objects we deal with because we can only recognise reliefs of letterings. They are all anonymous and underground. Hand-made white plaster spheres are transferred on walls.
What emerges is a relief that the viewer can explore visually but also haptically.
Our eyes are wandering over the image, trying to get hold of something in the truest sense of the word.
>> getting hold of << the work happens via the sensors of the fingers. Compared to the rough wall, the elevations are smooth, almost gentle, to the touch.
The central subject of this work is the election poster of Heinz Fischer for the presidential election 2010. During election campaigns, we are exposed to a flood of always the same visualizations, which results in oversaturation very soon. This work is an attempt of slowing down the fast pace of our lives in a slow medium, by stimulating our sensory and motor functions.